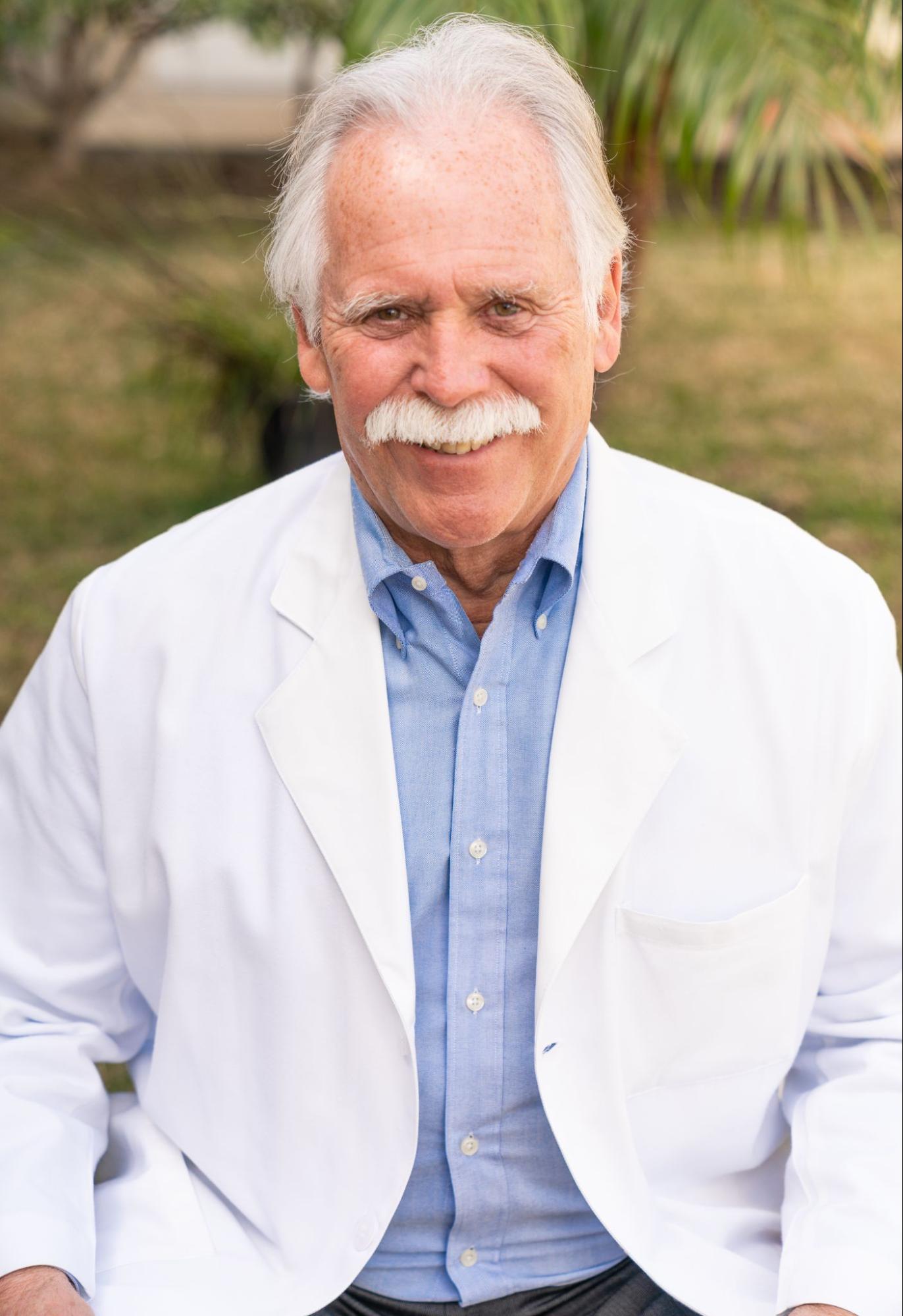 Michael DeYoung, MD, of LaSara Medical Group with locations in Sawtelle of Los Angeles, Tustin of Orange County, and Encinitas of San Diego, California, was born in Peoria, Illinois, where he attended the nearby University of Illinois for his undergraduate studies. After graduating, he spent two years serving in the Peace Corps, working on a project that brought portable water to the people of Thailand. After returning to the United States, he completed medical school at Georgetown University in Washington, D.C., graduating in 1974.

Dr. DeYoung then moved to California to complete his residency in internal medicine at Cedars-Sinai Medical Center in Los Angeles. After completing the three-year residency, he completed a second residency at Los Angeles County+USC Medical Center, this time studying emergency medicine. A fellow of the American College of Emergency Physicians, Dr. DeYoung has worked extensively in emergency medicine for over four decades. Now, as the medical director of LaSara Medical Group, with Southern California offices in the Sawtelle neighborhood of Los Angeles as well as Tustin, California, he brings his wealth of experience to his treatment of men’s sexual health, pain management, and aesthetics with a detailed approach perfected by his years of work in emergency medicine.

As a Board Certified Urologist, Dr. Malis opened up his own private practice in 1968 and later semi-retired in 1995. Since his semi-retirement, he’s worked as a physician for the Free Clinic and became an adjunct professor of medicine at the Keck School of Medicine at the University of Southern California, Los Angeles.

Today, Dr. Malis provides the team at LaSara ongoing support in the advancements of Urological and how we can better serve our patients with research based treatments. of work in emergency medicine. 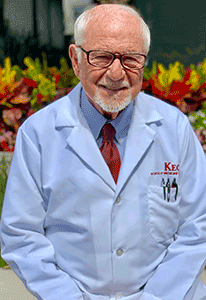 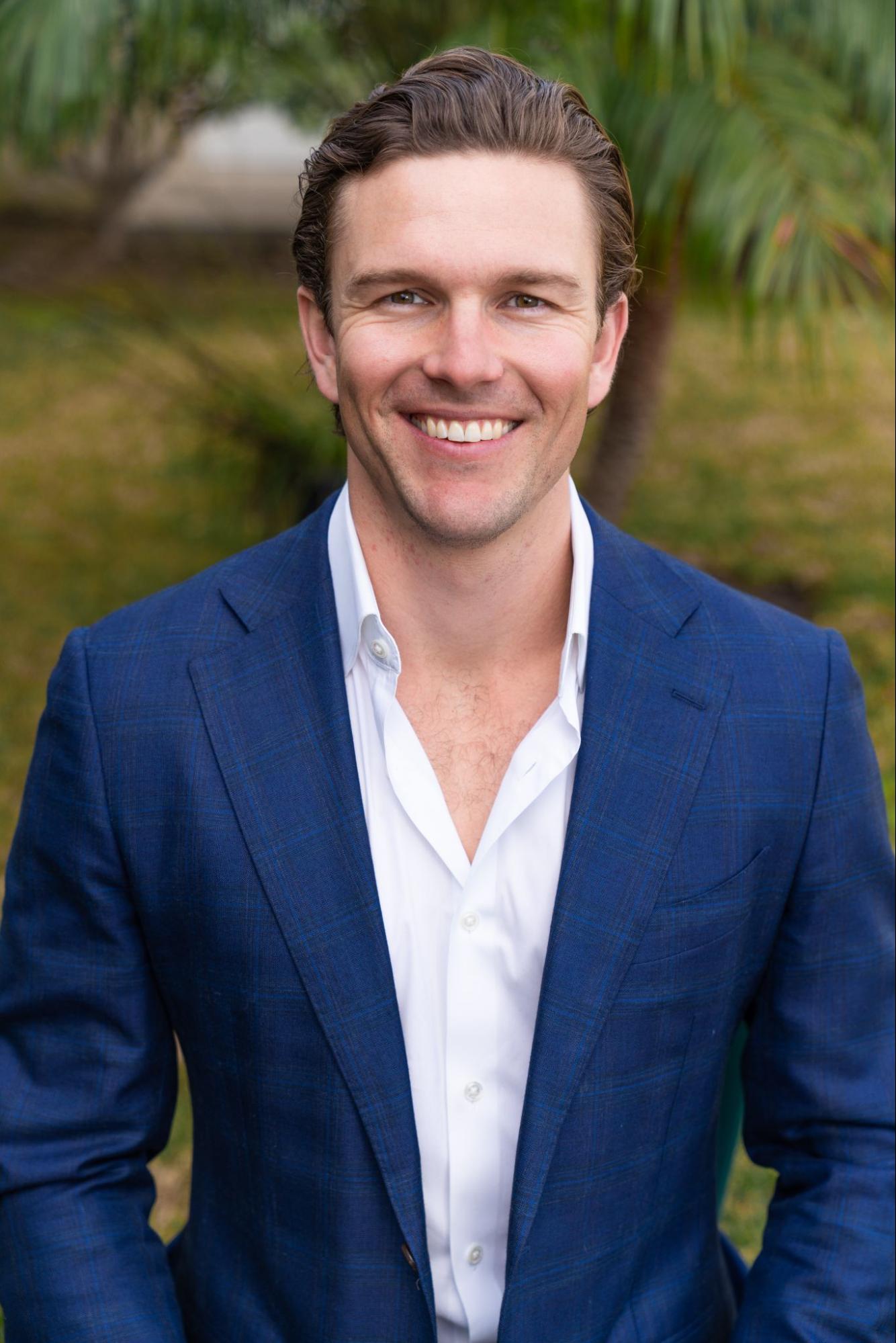 John partnered with Dr. DeYoung in 2017 to start LaSara Medical Group. He is overly passionate about the work that LaSara is doing for the men and women of Southern California. He takes great pride in seeing the positive impact LaSara’s treatments can create for men who suffer with sexual dysfunctions.

John is a longtime athlete and knows what it's like to have physical setbacks due to injury. Since 2017, he has led the charge in researching and expanding the advanced treatments of LaSara for pain management and aesthetic treatments. He personally has undergone shockwave and peptide therapies to heal broken bones and tears from a variety of action sport injuries.

John is committed to ensuring a professional and world class experience for each patient from the moment they walk through LaSara’s doors. As the Clinical Director, he guarantees that each patient will be met with integrity and honesty about all that is offered by LaSara.

John is a California native who is an avid outdoor and water man. He enjoys surfing, sailing, hiking, and spending time with his friends and family around good food and wine.

Mark is the swiss knife of LaSara Medical Group. He is intimately involved in the beginning stages of becoming a patient and provides educational resources to new patients about all of our treatments. He is well studied and offers a unique outlook on how to best achieve short-term and long-term health goals.

Mark is a graduate of UCLA and further studied at Cal State Fullerton during his time in school. He has management and business operations experience across a variety of industries including medical, cosmetology, and advertising.

Outside of the medical office, Mark feeds his creativity by remodeling interiors of homes in the local area. He is an avid mountain biker, weight lifter, golfer, and tech guy. 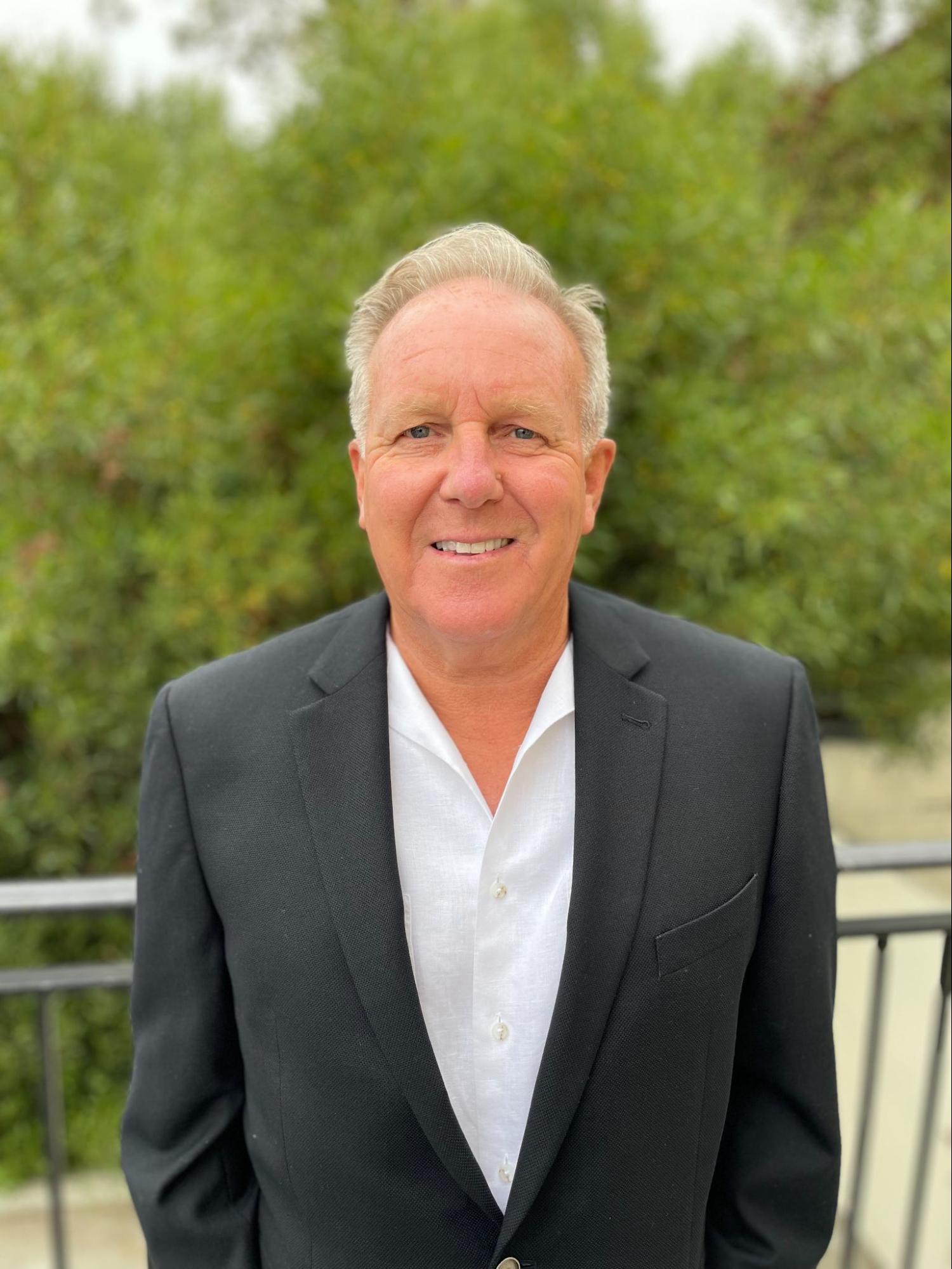 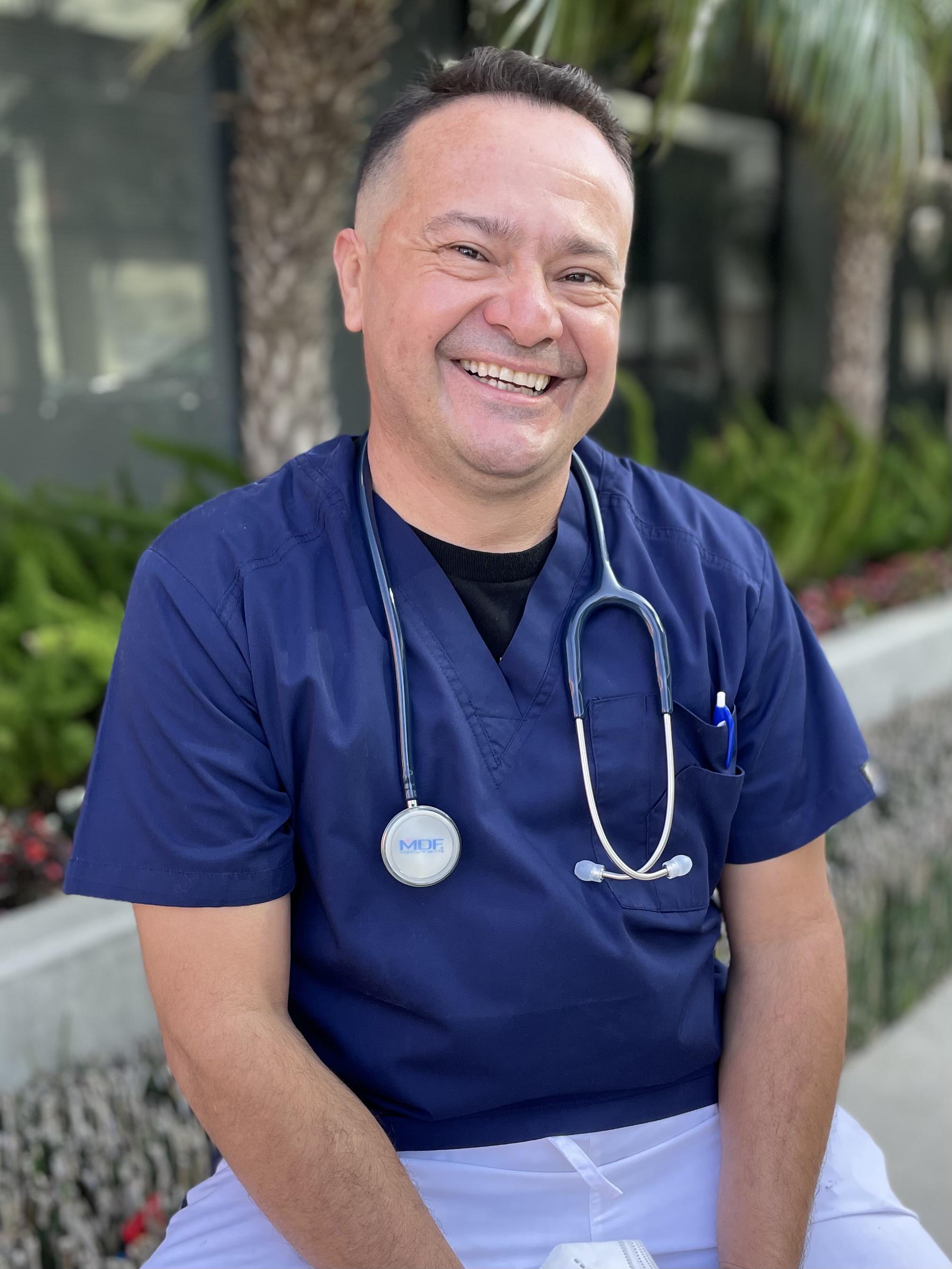 Edwin has spent more than 25 years in the medical field with experience in multi surgical specialties, oncology, dermatology, rheumatology, orthopedics, urology, men’s sexual health, and shockwave therapy for plantar fasciitis and other orthopedic ailments. He is a compassionate and enthusiastic medical professional who manages LaSara’s patient treatments in Los Angeles.

Edwin is a proud father of a son who is following in his fathers footsteps to pursue a career in medicine. Edwin enjoys the outdoors and hiking.

Daniel began his career in the medical field at the young age of 17 as a medical scribe. Over the years, he began acquiring certifications such as Anesthesia Technician, Orthopedic Technician, Simulated Medicine Technician, and became an instructor in First Aid, BLS, and ACLS.

After receiving a Bachelors in Biochemistry with minors in Psychology and Music Theory, he joined the US Navy as a Hospital Corpsman and served his country for six and a half years. During his time in the military, he traveled the Pacific with the 3D Marine Division and was a vital asset for military medicine, educating fellow military peers in medicine, and humanitarian work.

Today, Daniel is a proud Father and Husband who enjoys football, olympic lifting, and rugby. He is pursuing medical school while managing LaSara’s San Diego locations and has worked with the LaSara team to help develop many of our treatment protocols. After medical school, Daniel aspires to join the Doctors Without Borders organization. 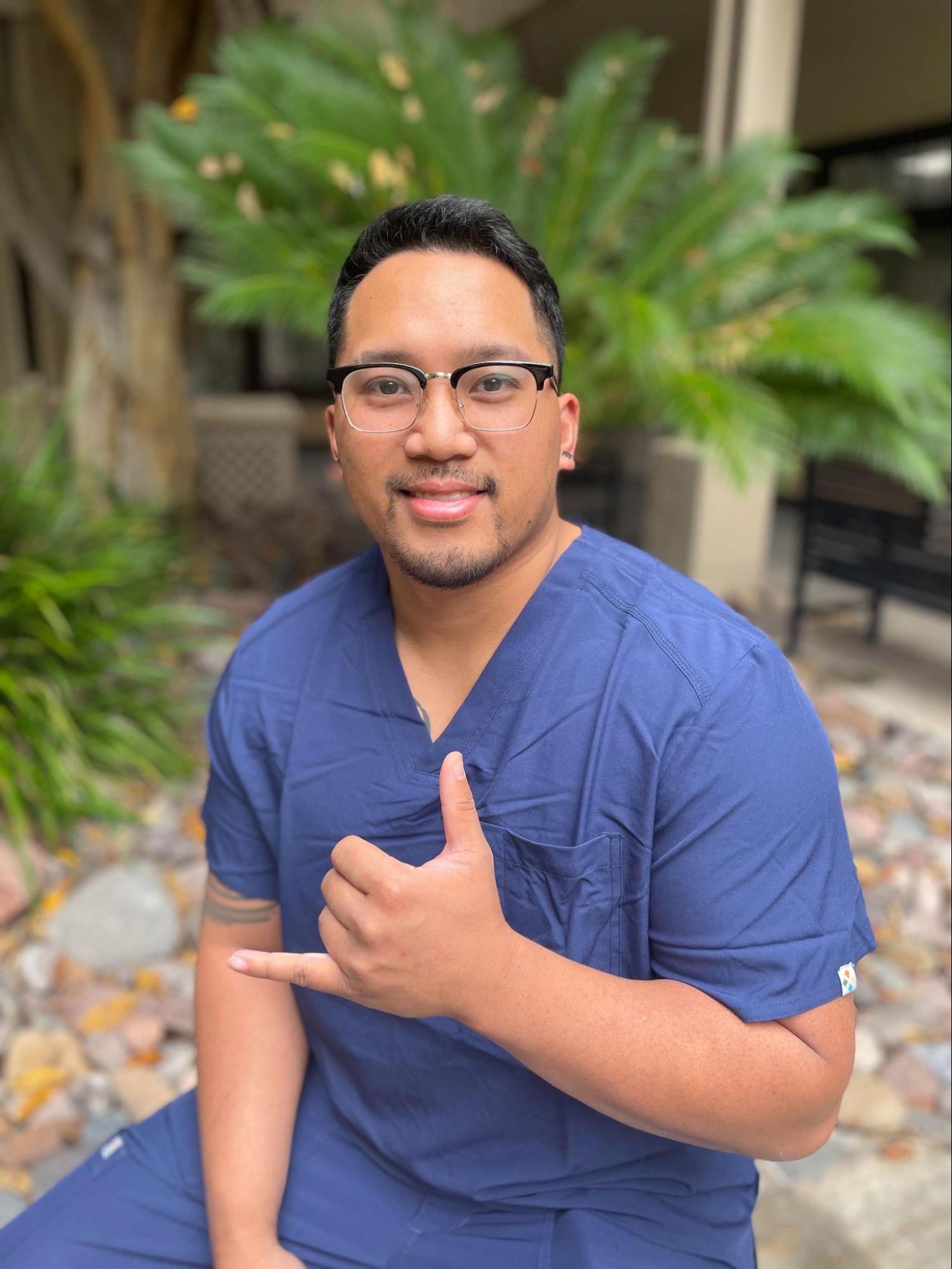 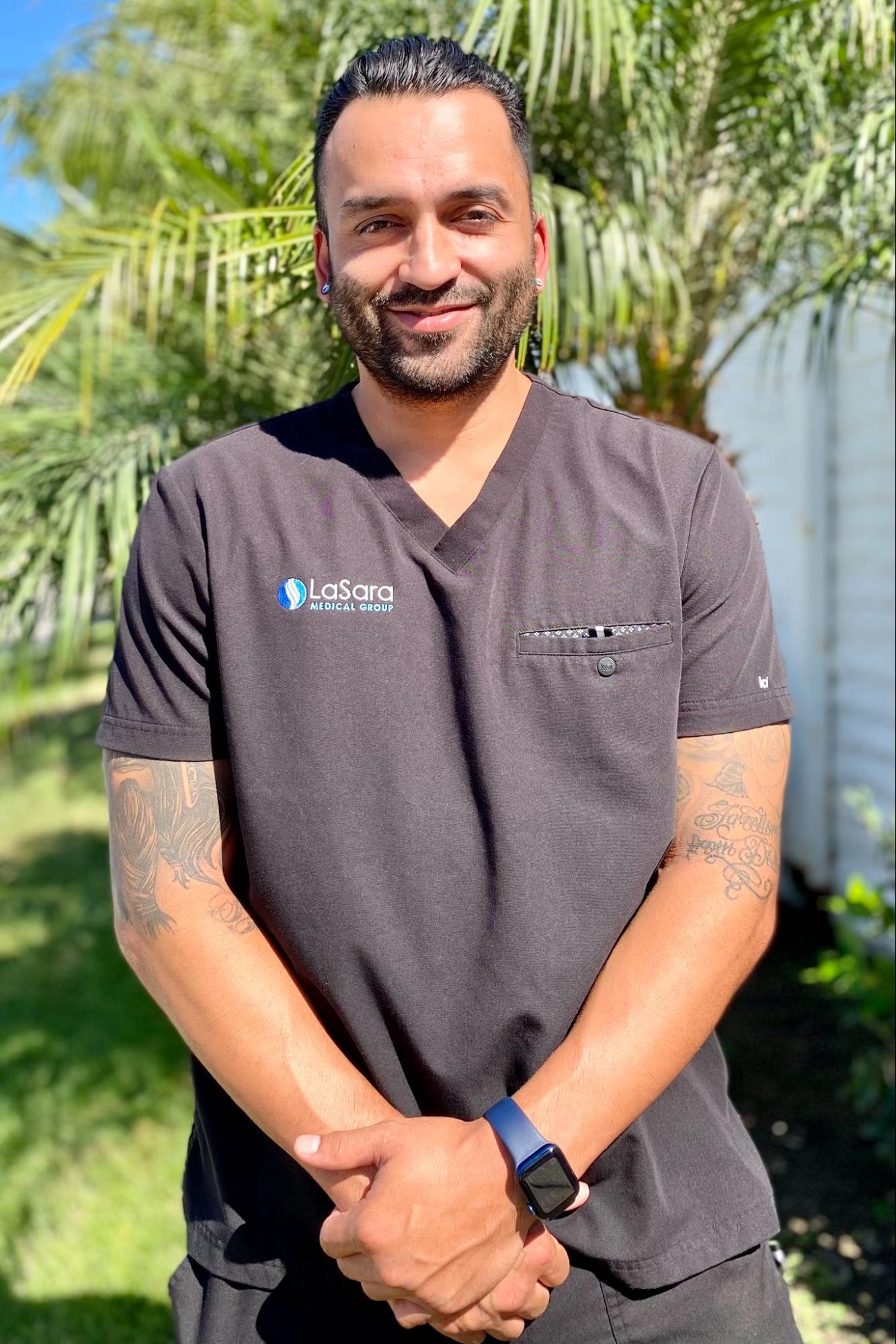 Fernando began working in medicine in 2013. For more than 10 years, he has pursued continued education and work experience in Internal Medicine, Pain Management, Occupational Health, Urgent Care, and Urology. As a student of Nursing, he takes pride in developing his medical abilities and will eventually become a Registered Nurse.

Today, Fernando manages the Orange County office of LaSara. He is a true asset to LaSara and to our patients. His passion and knowledge in fitness, diet, pain management, and men’s health has provided him the ability to support LaSara’s patients as they work to make improvements in their own health and life.

Fernando is a proud father of two children. In his free time, you can find him caring for his family, exploring California’s wildlands, playing pickleball, and focusing on his fitness. 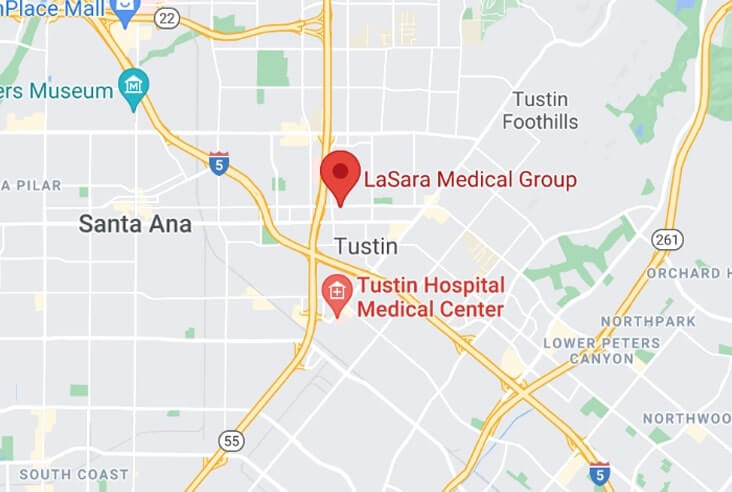 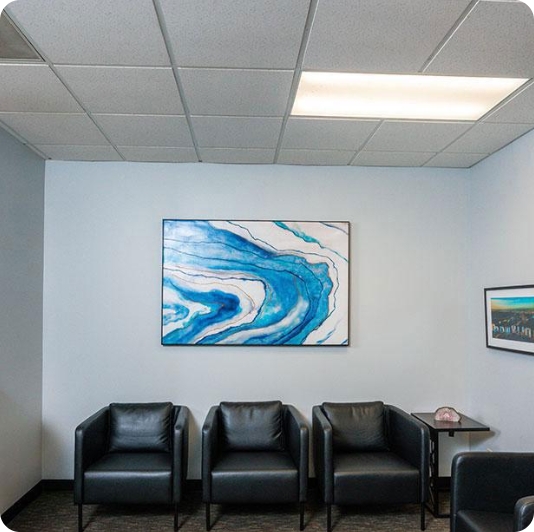 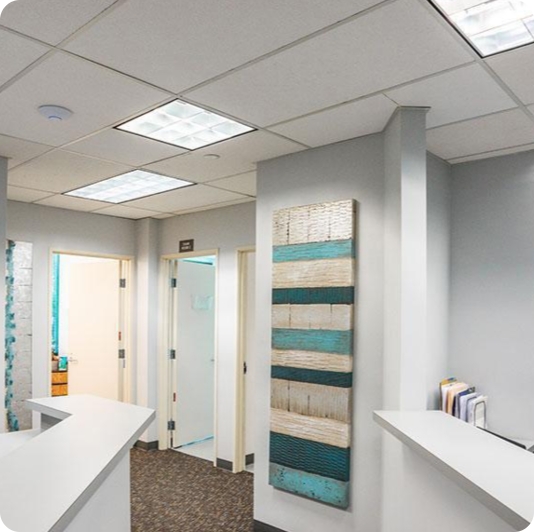 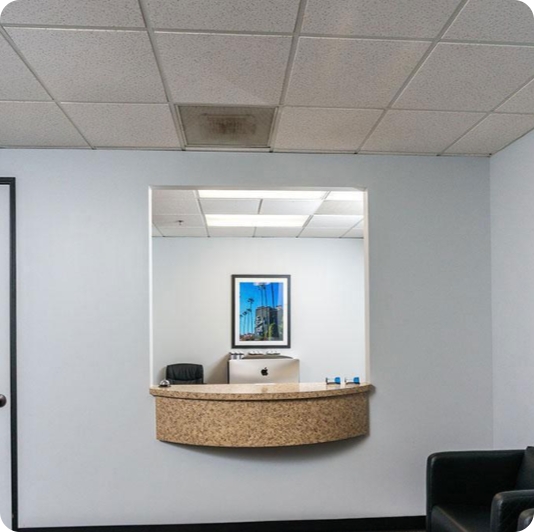 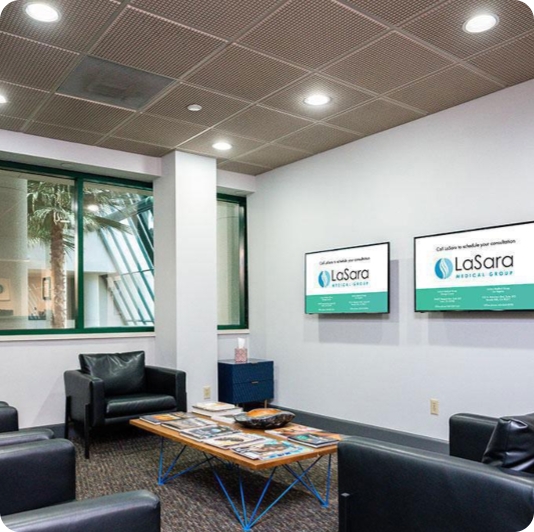 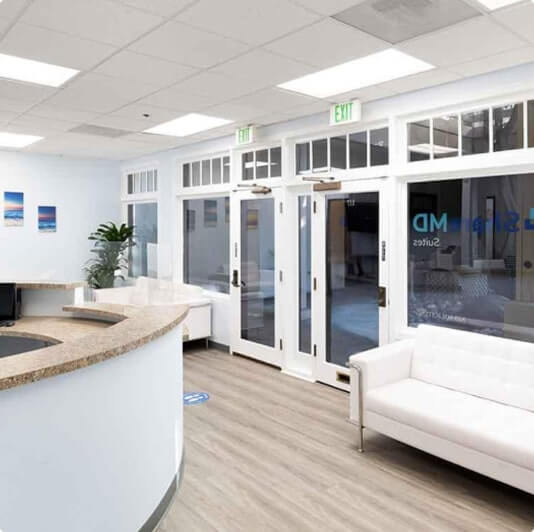 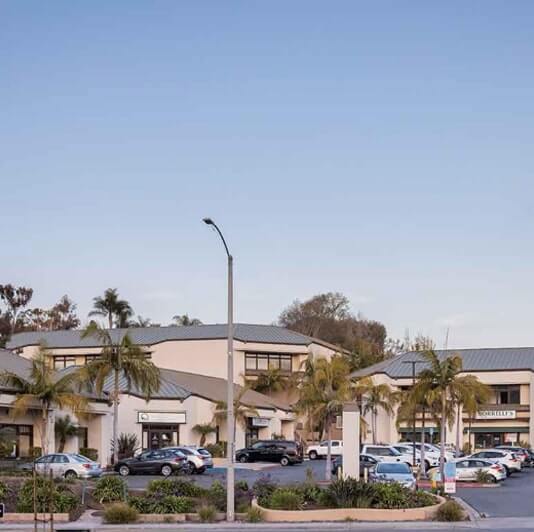 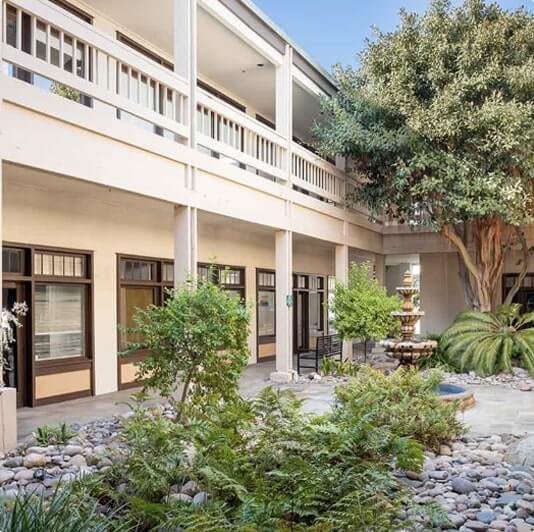